Congratulations to Henry Zhao for winning an award from the Alfred H. Gibeling Family Research Fund through the Biomedical Engineering department to conduct undergraduate research!

Congratulations to Lena Gamboa for defending her Ph.D. thesis! Lena received glowing remarks from her committee after defending her thesis, titled “Programming synthetic T cell immunity against solid tumors,” on December 13, 2021. We look forward to your future success!

Glympse Bio’s work on multiplexed protease sensors for urinary monitoring of nonalcoholic steatohepatitis was published in Science Translational Medicine! Congratulations to Gabe and the team! Read the full manuscript here. 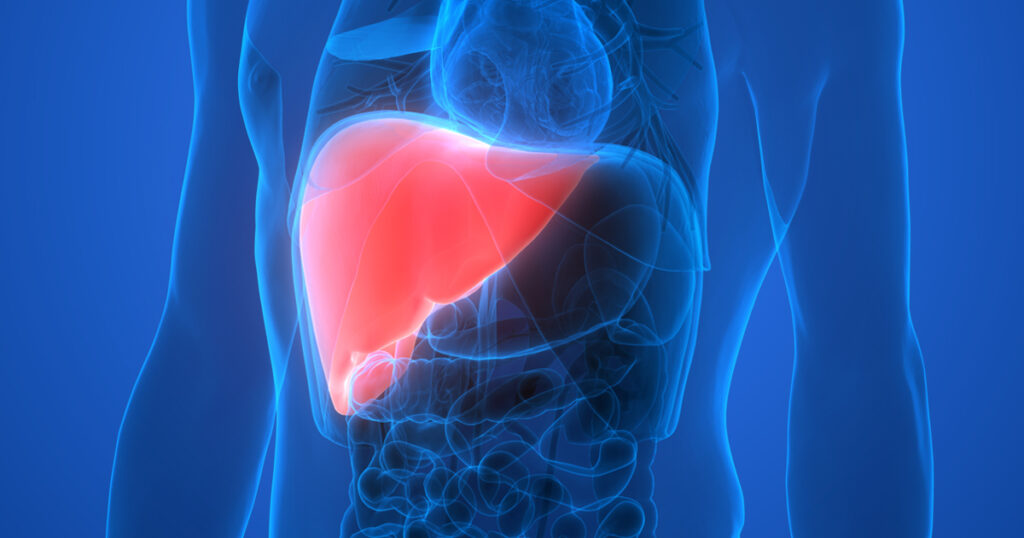 Summary | Nonalcoholic steatohepatitis (NASH) is a type of fatty liver disease that has been dubbed the silent epidemic as it has few symptoms. When left undiagnosed and untreated, the liver can develop cirrhosis or liver cancer. We developed synthetic biomarkers to diagnosis NASH early, monitor changes in disease severity, and indicate response to treatment.

Congratulations to these students who presented their work at the 2021 BMES Annual Meeting in Orlando, Florida:

The National Cancer Institute and National Institute of Biomedical Imaging and Bioengineering at the National Institute of Health are sponsoring LSI’s work on logic-gated protease sensors, which we will use for earlier detection of cancer and localization of liver metastases! LSI will work with Dr. Peng Qiu and Dr. MG Finn on this project and collaborate with leading labs across the country as part of the Synthetic Biology Consortium.

Summary | Advances in synthetic biology will play a fundamental role in shaping the future of cancer diagnostics toward earlier and more specific detection of disease. For example, whole-cell biosensors such as bacteria have been genetically engineered to perform complex functions such as signal amplification to detect clinically relevant biomarkers in human urine and serum. In mammalian cells, sense-and-respond components that employ Boolean logic have been demonstrated for multiplexed control of engineered T cell therapies, thereby increasing the specificity of tumor sensing and reducing systemic toxicity. These advances highlight the promise of synthetic biology when applied to cancer, yet the vast majority of these strategies rely on genetic circuits and make use of non-mammalian protein components. Such circuits are complex and raise safety and immunogenicity concerns for regulatory approval, especially in the context of in vivo early cancer detection where repeated administrations of biosensors are likely needed to monitor for nascent disease.

This proposal seeks to develop a new class of diagnostics called AND-gated synthetic biomarkers for early detection of cancer metastasis. Synthetic biomarkers are an emerging class of activatable biological sensors that are designed to be administered systemically, query sites of early disease, and harness tumor-dependent activation mechanisms, such as dysregulated protease activity, to drive production of a reporter. These reporters can then be detected noninvasively from blood, urine, or other bodily fluid samples. Proteases play key biological roles across the major hallmarks of metastasis and are particularly potent molecular amplifiers by catalyzing the irreversible hydrolysis of peptide bonds, allowing a single protease to turnover thousands of substrates. AND-gated synthetic biomarkers will be applied for early detection of colorectal cancer (CRC) liver metastasis. Although the liver is a common site for metastatic spread from primary CRC, regional resection of liver-isolated metastases can lead to potentially curative results. Yet early detection of CRC liver metastases at a size when they are most responsive to therapy (1–2 mm) remains challenging by radiographic imaging such as CT and FDA-approved blood test such as the carcinoembryonic antigen (CEA) test. 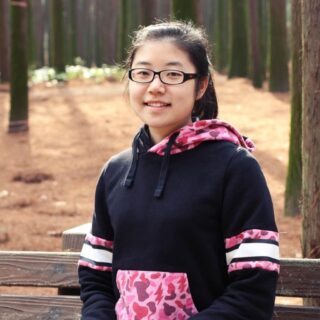 Zizhen “Jane” Zha joins LSI as a new graduate student. Jane completed her bachelors at Washington University in St. Louis in BME and minored in Computer Science. Jane worked in Dr. Lori Setton’s lab as an undergraduate and later post-bac researcher, receiving the BioSURF fellowship along the way. Read more about Jane here.

Our review entitled “Synthetic biomarkers: a twenty-first century path to early cancer detection” was published in Nature Reviews Cancer! Congratulations to Gabe and the team! Read the full manuscript here. 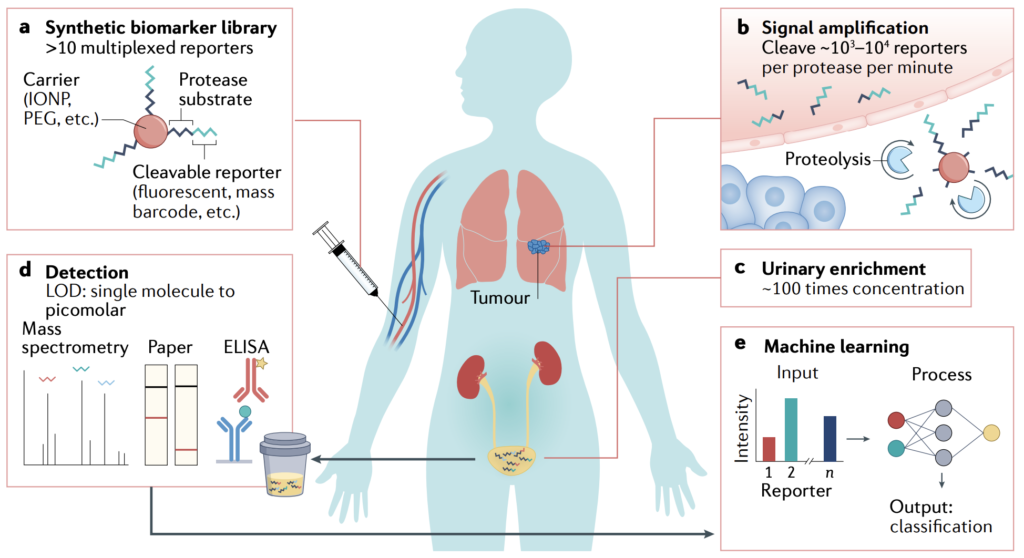 Summary | In 2019, the NCI Division of Cancer Prevention co-organized a think tank meeting on synthetic biomarkers for early detection. We wrote this review to summarize the current science and as a clarion call for more scientists and engineers to work together to solve this important problem. We also dedicated the article to the late Dr. Sam Gambhir, a visionary pioneer and thought leader in bioengineering who devoted his career to developing methods for early disease detection.

A team of researchers led by bioengineers at the Georgia Institute of Technology is expanding the precision and ability of a revolutionary immunotherapy that is already transforming oncology. CAR T-Cell therapy has been hailed by patients, clinical-researchers, investors, and the media as a viable cure for some cancers.

CAR T-Cell therapy involves engineering a patient’s T-cells, a type of white blood cell, in a lab. Then a chimeric antigen receptor (CAR) is added, and these customized immune cells are returned to the patient’s body, where they seek and destroy cancer cells. That’s how it works, when it works.

It’s a new, evolving, and booming area of immunotherapy, with more than 500 clinical trials analyzing CAR T-cells for cancer treatment going on right now around the world.

“These therapies have proven to be remarkably effective for patients with liquid tumors – so, tumors that are circulating in the blood, such as leukemia,” said Gabe Kwong, associate professor in the Wallace H. Coulter Department of Biomedical Engineering at Georgia Tech and Emory. “Unfortunately, for solid tumors – sarcomas, carcinomas – they don’t work well. There are many different reasons why. One huge problem is that the CAR T-cells are immunosuppressed by the tumor microenvironment.”

Kwong and his collaborators are changing the environment and making some cell modifications of their own to enhance the way CAR T-cells fight cancer. They’ve added a genetic on-off switch to the cells and a developed a remote-control system that sends the modified T-cells on a precision invasion of the tumor microenvironment, where they kill the tumor and prevent a relapse. And they explain it all in a study published recently in the journal Nature Biomedical Engineering.

The latest study builds on the lab’s body of work exploring remotely controlled cell therapies, in which the researchers can precisely target tumors, wherever they are in the body, with a local deposition of heat. “And this heat basically activates the CAR T-cells inside the tumors, overcoming the problems of immunosuppression,” said Kwong.

In the earlier study, the researchers did not clinically treat tumors, but they are doing that now with the new work. To generate heat in a mouse’s tumor, they shone laser pulses from outside the animal’s body, onto the spot where a tumor is located. Gold nanorods delivered to the tumor turn the light waves into localized, mild heat, raising the temperature to 40-42 Celsius (104-107.6 F), just enough to activate the T-Cells’ on-switch, but not so hot that it would damage healthy tissue, or the T-cells. Once turned on, the cells go to work, increasing the expression of cancer-fighting proteins.

The real novelty, Kwong said, was in genetically engineering clinical-grade CAR T-Cells, something the team worked on for the past three years. Now, in addition to a switch that responds to heat, the researchers have added a few upgrades to the T-cells, rewiring them to produce molecules to stimulate the immune system.

Localized production of these potent, engineered proteins (cytokines and Bispecific T-cell Engagers) has to be controlled precisely.

The latest study shows the system cured cancer in mice, and the team’s approach not only shrunk tumors but prevented relapse – critical for long-term survival. Further studies will delve into additional tailoring of T-cells, as well as how heat will be deposited at the tumor site. A gentle laser was used to heat the tumor site. That won’t be the case when the technology moves on to human studies.

“We’ll use focused ultrasound, which is completely non-invasive and can target any site in the body,” Kwong said. “One of the limitations with laser is that it doesn’t penetrate very far in the body. So, if you have a deep-seated malignant tumor, that would be a problem. We want to eliminate problems.”

The research was funded by the NIH Director’s New Innovator Award (DP2HD091793), the National Center for Advancing Translational Sciences (UL1TR000454), and the Shurl and Kay Curci Foundation.

Congratulations to Quoc Mac for completing his Ph.D.! Quoc will be working as a Research Scientist for Takeda in Cambridge, MA. LSI wishes you best of luck!

Our work on engineering CAR T cells to turn on and fight cancer in response to localized heat was published in Nature Biomedical Engineering! Congratulations to Ian, Ali, and the team! Read the full manuscript here. 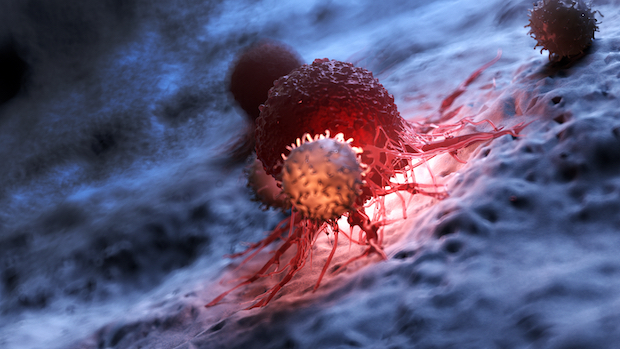 Summary | Treating solid tumors with chimeric antigen receptor (CAR) T cells typically results in poor responses.  In this study, we developed a new class of CAR T cells that are switched on by localized heating to release potent biologics that are otherwise too toxic to use systemically. Thermal targeting of CAR T cells opens the door for spatial control to potentiate cancer therapy.